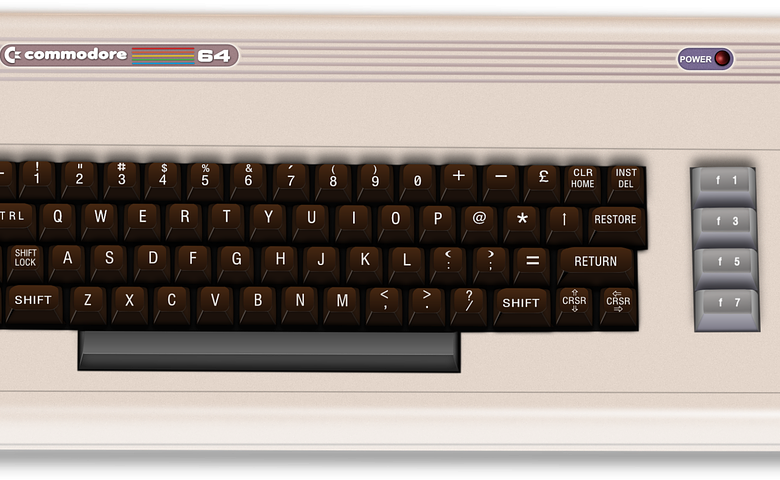 It’s amazing how quickly 30 years can just fly by! When I look back at all the changes that have happened, not only in my life, but technology too, it’s crazy!

Alan and I met 30 years ago over the internet before there was an internet! We both had Commodore 64 computers, which most people don’t even remember. We didn’t have internet but we had a BBS (Bulletin Board System), called Q-Link that was strictly for Commodore users. It was a dial up that you hooked up to your home phone line. You had to pray no one called you because it would disconnect Q-Link. Those were the days when you could actually see what the other person was typing and deleting in real time. It really gave away your typing skills! We both did an online dating match and we matched up as 87% compatible. It was nationwide but fortunately we only lived 15 miles away from each other.

After conversing (typing) for a couple weeks, we decided to meet in person. We met at Black Angus Restaurant in California and he greeted me holding flowers. He held my chair for me, which he still does every time even after 30 years. We had so much in common it was kinda crazy! We had both been married before, we both had 3 boys, our ex’s were alcoholics so neither of us drank and, most importantly, we were both techie nerds!

That was the start of our love story.

We dated for a very short while before we got engaged. I asked him to move in because I wanted to make sure he didn’t drink. Everything was going great, all the boys (ages 2-11) were getting along really well.  So we began planning the wedding. Then I started getting cold feet and panicked. I told him he needed to move out and we could just be friends! We could still do fun things together with the boys but that was it.

That was the moment I really learned what type of man I was involved with… a true man of his word. He said he understood my fear but that he would give me 2 weeks to work through it. After the two weeks, he would be moving to Alaska! Alaska! Who does that?  Just so he wouldn’t run into me in town! Well I certainly didn’t believe that. So the 2 weeks went by. He asked how I felt and I told him I was good with being friends. So…he gave his notice at work, found a job in Alaska and even bought the ticket on the ferry to take his car.

I had been sick with the flu and in bed for a couple days. I was feeling sorry for myself thinking I would be alone for the rest of my life and I was devastated Alan was really leaving. That Labor Day weekend I called him and asked if he would come see me before he left. He came over. I was in my PJ’s, with fever, lying in bed. I told him I would do anything if he would just stay. He said “Marry me today!”. I felt that was a safe bet, after all it was Sunday, late afternoon and nothing would be open, so I said “I would if we could ”. Boy, did he call my bluff! He left the room for a few minutes then came back in and said, “Ok, get up and put a dress on. We’re going to get married! I have all the boys getting dressed too!” After the shock dissipated, I got up and dressed. So there we went to the “Magical” mountain of Big Bear. We got married in the garden at a chapel, with our sweet little boys sitting on the front pew! We even got a 3-D picture to commemorate the event. We drove back home, I put my PJ’s on again, and that was the start of our amazing marriage!